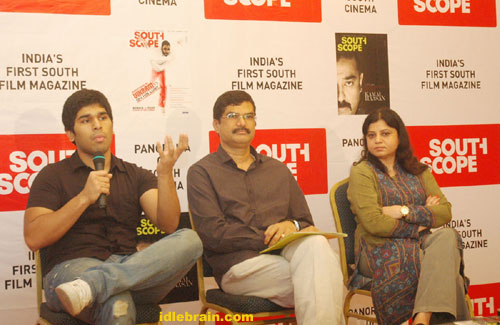 Vanaja Banagiri is the editor for this magazine. South Scope is a pan-India monthly film magazine focusing on south Indian cinema primarily. The magazine will also have considerable space dedicated to Bollywood, Hollywood and regional cinema from other states.

With a subtly seductive presentation style, a young and contemporary look, smart and informative content, South Scope is all set to be a first-off-the-shelf pick for all those interested in South cinema. South Scope will make widely available at Indian stands and will also simultaneously hit foreign shores to cater to the vast diaspora of Indians there.